Huge congratulations go to Signs Express (Portsmouth), winners of the Newcomer of the Year 2015 Award at the Signs Express Convention on November 20th at the East Midlands Conference Centre in Nottingham.

Jane Wiles and Ray Allenby, owners of Signs Express (Portsmouth) joined the network in January 2015 and have totally transformed the unit in this short timeframe, from an underperforming centre into the premier choice for signs and graphics in and around Portsmouth. Leveraging on the number of prestigious businesses based in the region, Jane and Ray have nurtured close relationships with companies like Airbus and Gunwharf Quays. By setting themselves up as the trusted providers of signage for numerous large businesses, Signs Express (Portsmouth) has had its fortunes wholly turned around. Indeed, in the first six months of their ownership, Jane and Ray have tripled their takings compared to the same period in 2014. Well deserving of the accolade, Jane was over the moon and stated, 'I am absolutely gobsmacked. Ray, I and the team have worked exceedingly hard this year, so it is great to know that our proactive approach and our adherence to quality have really paid off. This award is a testament to our commitment and the loyalty of our team.' Signs Express (Portsmouth) were up against tough competition from Signs Express (Peterborough) and Signs Express (Norwich) – worthy finalists, but Portsmouth's achievements shone through. Ken Venables, owner of the Signs Express (Norwich) was named as a finalist for this award; he took over the Norwich branch in March 2014 and has consistently exceeded targets. Ken has formed strategic new relationships with clients such as The Castle Mall, numerous schools and Norwich City Football Stadium. The centre's strong management and excellent craftsmanship has been invaluable to the local region and has achieved some impressive feats since Ken's take over. Peterborough has also had a phenomenal couple of years since Michael Tame took over the business in April 2014. The centre has expanded its team and invested heavily in new equipment to keep up with demand. The business has gone from strength-to-strength and worked with numerous high-profile customers, including RNIB, The BGL Group, Fitzwilliam Hospital and Peterborough Arena. Craig Brown, Managing Director of the Signs Express network, commented, 'We are incredibly impressed with all of our newcomers who have recently taken over existing franchises. Norwich, Peterborough and Portsmouth have had amazing starts and have leveraged on good relationships in their regions to achieve this. Ray and Jane from Portsmouth have really excelled, by bringing a failing centre back from the brink and orchestrating an impressive turn around.' These are just three of the excellent centres in the Signs Express network, which consists of over 60 franchises across the UK and Ireland. With a range of purchase options and prosperous locations still available to be snapped up, Signs Express can offer its potential franchisees choices to suit them and the support to build a successful business like Jane, Ray, Michael and Ken. 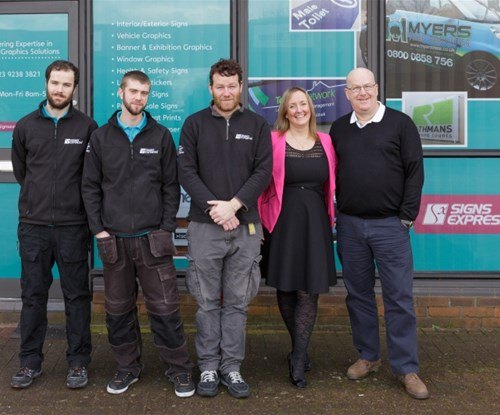 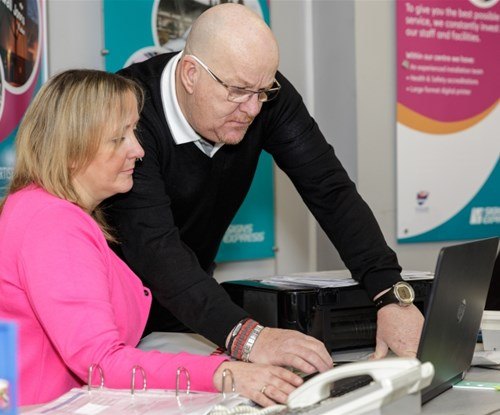 Doing it for the girls! 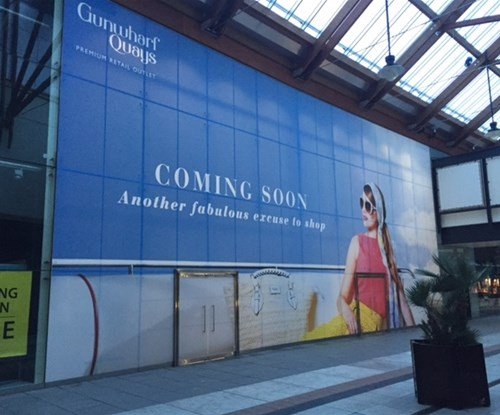 Creating a window of opportunity 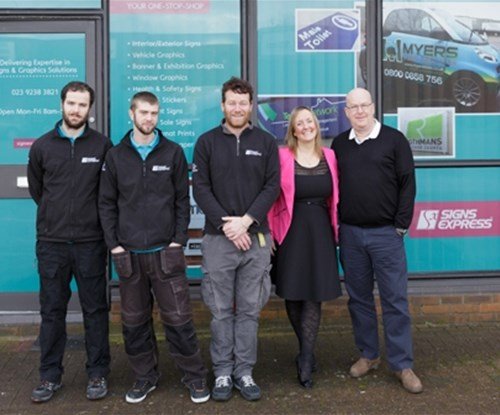