Signs Express (Leeds) were the proud winners of both the Best Exterior Sign and Best Sign Project awards at this year's Signs Express convention, held at the Radisson Blu hotel in Derby on Friday 8th November.

The convention, which was based around the theme 'working together', consisted of seminars and speakers during the day followed by an awards dinner and evening entertainment. The Leeds sign makers, who fought off strong competition from the nationwide network of over 70 centres, were delighted with the result of two awards. The Leeds team, based in Leodis Court, entered their exterior signage for Leeds College of Music. The college had been working with a design company on their re-branding and were looking for a stunning sign which would be eye catching and impactful, whilst staying within their tight budget. Signs Express (Leeds) saw this as an opportunity to make something very special and set to work on an innovative design after discussing the brief at length to ensure a full understanding of the requirement. The result was stunning; a view shared by the judges of the awards, and the Leeds branch deservedly took first place. Val Hirst of Sign Directions, one of four judges, commented: 'We liked this project because it showed a level of design ingenuity, firstly in the interpretation of the original brief for something 'out of the ordinary' and then by adapting the initial idea in line with budgetary restrictions, without losing any of the intended impact'. The college were so impressed with the result they opted for four signs rather than the original two requested. Veronique Fricke of Leeds College of Music commented: 'Signs Express (Leeds) offered for us best value for money; their insight and constant readiness to go the extra mile helped win us over. Moreover, Dave Nurse and his team showed genuine interest in our brand and what it stood for. The project to create a bespoke sign for Leeds College of Music was a true partnership. When asked if she would work with the Leeds sign makers again, Veronique said: 'Yes we would, Dave and his team have always been very fast to respond and ready to help answer all of our many questions.' For the Best Sign Project category, the entry was for Airdale Air Conditioning. The Leeds sign makers had previously helped the company with a rebrand. Airdale were so pleased with the result that they returned not only for external signs, but also internal signange and vehicle graphics for their 23 strong fleet. The judges were impressed with how this large and complicated job was handled and awarded Leeds with their second victory of the night. Signs Express (Leeds) opened the doors of their large, modern centre in December 2003. The centre is managed by husband and wife team Dave and Kim Nurse, alongside their son, Rick. With a variety of customers, the team covers areas in and around Leeds such as Garforth, Rothwell, Morley, Horsforth, Otley and Tadcaster. 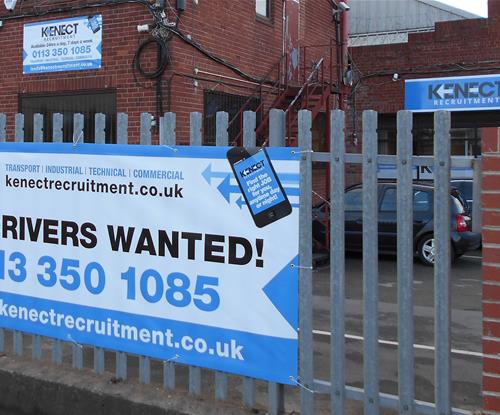 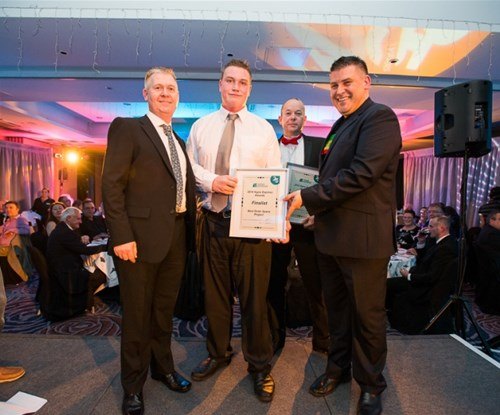 Rated 5 stars out of 5
This was the first time we have used the services of Signs Express and we were delighted with not only the end result but the whole proces...
Liz Myers - UWM Accountants

Rated 5 stars out of 5
As usual I left it until last minute but Signs Express Leeds were fantastic. They helped me design my Pavement Board and produced the end r...
Susan Watson

Rated 5 stars out of 5
Dave and his team are very efficient and easy to deal with. Fast turnaround and great quality of work.
BPI Auctions

Rated 5 stars out of 5
Nothing is too much trouble for Dave and Kim and they've been endlessly helpful and accommodating with my fairly complex signage requiremen...
Melanie Osborne

Rated 5 stars out of 5
I have been both a supplier and customer of Signs Express for a number of years and their level of service is second to none. They offer un...
Aaron Mckenna

I have used Signs Express for a number of years now, they have never let me down or tried to out price themselves. Their work is first clas...
Peter Battensby - Rollinson Safeway Ltd

A special mention to Dave Nurse and his team in the Leeds office, who responded to an extremely quick project for my client. He did it with...
C Holland

Thank you very much for being our wonderful van wrapping sponsor and helping us make our Cash for Kids Christmas Appeal 2011 the biggest an...
Katy Winterschladen - Charity Manager - Radio Aire & Magic 828™s Cash for Kids