Local rugby club the Leicester Tigers were looking to renew their famed 'Walk of Legends' and called on the services of Signs Express (Grantham) to help.
The Tigers, who have previously worked with the Grantham sign makers on numerous other projects, had a vision for a 'Wall of legends' which celebrates some of their past players and allows supporters to offer dedications to friends, family and the club. A year in the making, the piece is now proudly displayed on the wall of the community building at the club. The wall was fabricated from a 3mm aluminium tray sign, the overall dimension was 2.4m x 8.7m with 200mm returns. The tray was split into five equal sections which slotted neatly together. Leicester Tigers designer Gail Bradley, drew up the artwork for the wall including type setting the individual dedications and made the brick elements as true to real bricks as possible. This was provided in five files for each section as a digital vinyl print, which were applied in house. Because the wall was so big, the centre could only put two sections together in the unit at any one time, but vinyl application still only took around four hours. Centre Owner Ian Charles commented: One of the major hurdles when it came to installation was a steel advertising hoarding located above the wall, which has a 150mm steel supportive leg running down the front of the wall. We therefore cut out the millimetre perfect section in the returns of the tray in order to incorporate the steel into the sign, hiding it behind the artwork. 180mm aluminium angle supportive top and bottom rails were then fixed directly to the wall. The second section of the tray was fitted first as this had the cut out section for the steel post incorporated, and if this was not fitted in the correct place the remainder of the wall would not have fitted or worked at all! The end result is an eye catching piece which will remain part of the fabric at the ground for some years with no visible fixings.' The top of the wall displays the names of some of the club's legendary players and underneath there are 'dedication' bricks. These bricks include messages and dedications from supporters of the club wanting to make a lasting dedication. Due to the fact that supporters who had originally purchased bricks on the 'Walk of Legends' needing to be advised of the new project, and the scale of the wall, it took almost a year to complete. Commenting on the project, client Rebecca Rose said: "We needed to find a solution to relocating our damaged Walk of Legends bricked area, somewhere that over 1000 supporter inscriptions could be displayed safely. We identified a wall within the ground where we could install artwork to represent the original bricks and Ian and his team at Signs Express designed a bespoke structure to fit the wall, working around existing fixtures. The solution was a boxed frame that fitted the sloping wall perfectly, and concealed a steel pillar within the wall. Artwork was then applied to the frame, with the possibility of replacement panels taken into consideration. We are very pleased with the result, completed ahead of schedule, and the conclusion to a long project that was important to us and our supporters." Founded in 1880, the Leicester Tigers are 10 times champions of England. With a ground capacity if 24,000, the club plays its home games at Welford Road Stadium on Aylestone Road in Leicester. Signs Express (Grantham) offer a comprehensive range of signs and graphics solutions to areas in and around Grantham such as Newark-On-Trent and Sleaford. The team pride themselves on excellent customer service, quality products and high attention to detail however large or small the project. 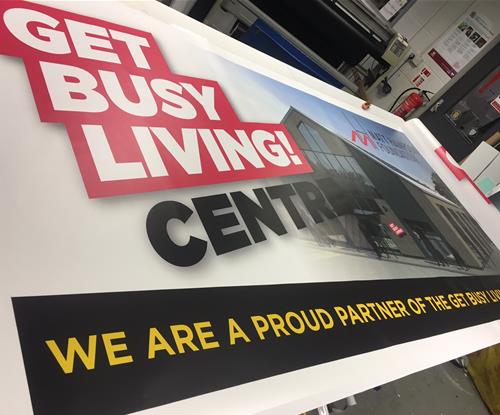 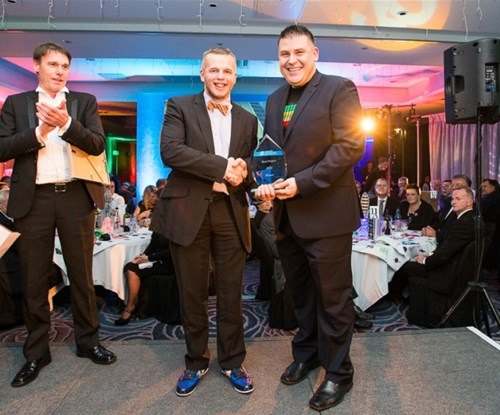 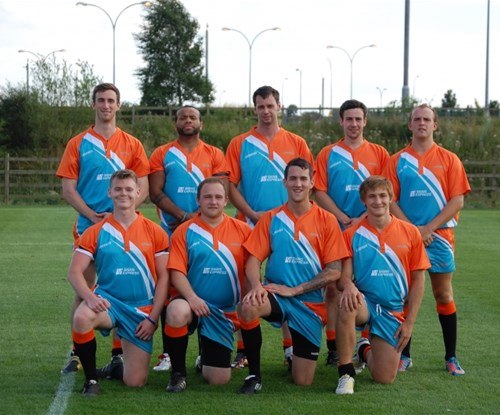 Personally I want to thank you for all your hard work. The boards looked fantastic, from a very brief brief you got everything absolutly sp...
Andria Halfacre - Wordsworth Holdings PLC

Just a quick line to say that Mr Hopkinson was very pleased with the banner and we will of course contact you should we require any further...
Dawn Webb - John Hopkinson & Co

Thanks for the site fitting and for doing the extras in time...the stand looks fantastic so I am very pleased.
Kathy Wordsworth - SED Show

Just a short note to say thank you for organising our sign for us, we are really pleased with it, it certainly added the finishing touch to...
Suzanne Hewis - Jenny Wren

The signs were spot on and exactly what we needed. I'll certainly keep you on the books for any future projects, I've also passed your deta...
Stuart Crow - Operations Manager - Lincolnshire National Trust