This year saw the best ever attendance at the annual Signs Express convention and sign awards held at the Nottingham Belfry hotel on 28th November. Not just any convention, this was a landmark event, celebrating the company's 25th anniversary. Welcoming franchisees from their 70 centres across the UK and Ireland, the convention was a huge success, celebrating past achievements and looking towards the future.

The convention daytime, based around the theme 'actions speak louder than words' consisted of a range of seminars and workshops, led by renowned business speaker Robert Craven, with talks from the team at Signs Express headquarters, based in Norwich. In a change to usual proceedings, the company's annual best sign awards were voted for by the franchisees themselves, making this a true reflection of the franchisees talent. In addition to the sign awards, which celebrate projects the centres have completed, are the franchisee awards, judged by the directors at Signs Express headquarters. The evening event was a futuristic spectacular with attendees dressed in space-themed costumes and accessories, even the food was themed, with a breath-taking finale of a moon-shaped baked Alaska, lit up with sparklers. With record numbers of entries this year, competition was tough for the much-coveted award winner places. The first award of the night went to Signs Express (Glasgow) in the Best Vehicle Graphics category for their work with Clyde Properties. The graphics feature the distinctive skyline of Glasgow, contrasted against a white background making these vehicles really stand out from the crowd. Next up was the Best individual sign award which was presented to Signs Express (Lancaster) for the sign they provided for specialist joinery company Lignify. The stunning sign was constructed from built up stainless steel letters with flexi LED for halo illumination. The penultimate award was for the Best Sign Project category. Competition was so strong that a large number of franchisees were awarded finalist places, but the project which shone through was Signs Express (Grantham's) work for AVG Technologies. The company were looking for something a little different and lively to fit in with their corporate ethos. The Grantham sign makers certainly delivered on this, providing everything from window graphics, to wall signs, to car park signage. The last sign award of the night was a category designed specifically for this year, the Outer Space award. Franchisees were asked to enter a project or sign which was that little bit different to the norm. The winning entry came from Signs Express (Basildon) whose work for Turkish Airlines project, which can be seen at Heathrow airport, wowed voters with its originality and scale. A large globe structure made from 16 individual pieces was suspended by a 7.5t steel plinth, with a massive 6.5m diameter. Working in partnership with Fab Media, who organised all of the ground works, the Basildon team applied graphics to each piece, signifying the longitude and latitude points of the World. Each piece of the globe is literally the size of a house and so the scale of the graphics was something the centre had never undertaken before. The result is a stunning structure which will wow visitors to Heathrow airport for years to come. Following the sign awards, the evening moved on to celebrate the franchisee awards. With three categories, the first award for 'Rising Star' was presented to Signs Express (Chester). As franchisee for the Chester centre, Steve Lloyd has built his business considerably over the past year, gaining a lucrative national account from an initial local contact as well as regular and repeat work for organisations such as Chester Zoo. A focus 'on the business' rather than working in it has enabled Steve to exceed his targets and plan proactively for the future. Opened less than three years ago, the business continues to build momentum, looking very strong for 2015. Next up was the Special Achievement award which was presented to Signs Express (Harlow). The centre continues to surpass goals and the franchisees, Lynda and Paul Heywood, are exemplary members of the network. Their organised and thorough approach has ensured above anticipated growth this year from one of the smallest floor spaces in the network. Constant monitoring of management reports, methodical processes and a proactive approach to marketing have ensured this husband and wife team are always looking proactively at the business. The last award of the night was the much-coveted Franchisee of the Year award which went to Lee Eaton and his team at Signs Express (Manchester). Lee's story for 2014 is one of new contracts, high growth and investment in new equipment. Most recently, he has also expanded the unit to accommodate the new equipment and built a much-needed office. They've had to recruit additional staff to cope with demand. The new equipment includes a new Piranha laser engraving and cutting machine, a Monster application table and an HP-330 latex printer, all with the aim of being more self-sufficient and increasing profitability. Signs Express Managing Director Craig Brown commented: 'This year has been one of the best for the network and the convention was a fantastic time to celebrate and reflect not just on this year, but on the last 25 years, as well as looking to the future. I'd also like to congratulate the winners and finalists of the awards, all of whom have produced some fantastic work over the year. Here's to 2015 and beyond!' To follow dinner and the awards, Mentalist Graham Jolley entertained and baffled attendees with his mixture of light-hearted quips, tricks and audience participation. A great night was had by all and the convention was a rip-roaring success, with the Signs Express network already looking forward to next year's convention. Founded from humble beginnings in 1989, Signs Express has gone from strength-to-strength with 70 centres covering the UK and Ireland. Offering a full range of signs and graphics solutions, Signs Express works with businesses large and small, both on a local and national level. 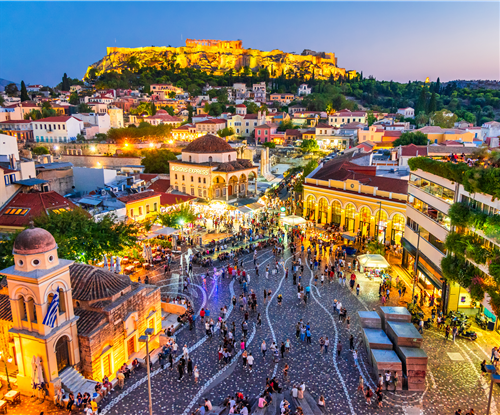