As signage specialists, we have the privileged position of working with brands, large and small, every day. So, we know what works and what doesn’t. Let’s take a look at some of the most iconic brands of the century to see what makes them tick. 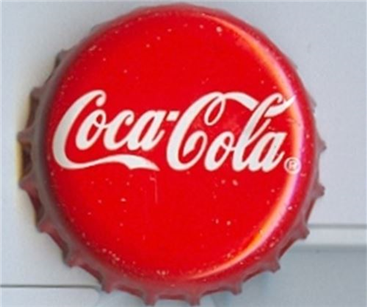 Described as the ‘brand of all brands’, copyrighted to the hilt and with their own special type of red, Coca-Cola is globally recognised. The logo created in 1887, was designed in Spencerian Script – a popular writing style for the era – which still communicates the long history the company has enjoyed. The red and white colours of the design, reflect a bold stance for a bold flavour and can be easily recognised in any shop’s fridge cabinet. Of course, numerous advertising campaigns have popularised the brand and reinforced the value of the logo. For example, who is not to forget the iconic Christmas ads, you know it’s time to start your present shopping when you see that twinkling Coca-Cola truck wending its way through the snow. McDonalds

The golden arches. Signals of hope and full bellies to thousands of drivers everyday who have been dreaming of McNuggets, juicy burgers and Egg McMuffins for the entirety of their journey! Currently on display at more than 30,000 restaurants in 119 countries and welcoming over 68 million customers a day, this iconic sight has been well brainwashed into everyone’s sub-conscious with clever marketing campaigns and its constant reinforcement wherever you go in the form of illuminated roadside signs, large rooftop signs, leaflets, magazines, window graphics, banners… the list is endless ! Amazon

Going from the A to the Z. A logo that has caused a little stir on social media over the past couple of years, when people began to realise that there are numerous hidden symbols in its clever design. Firstly, not only does the arrow connect A to Z, indicating that the online retailer does everything and delivers almost anywhere, but it also represents a little smile. Amazon is happy to see you, and take your money… Nike

There is an unusual story behind the iconic Nike Swoosh, created in 1971 by Carolyn Davidson, she was paid a total of $35 for this important piece of design history! Have no fear however, Nike recognised her contribution to the success of the brand by throwing her a party and was given a generous amount of stock in the company that is estimated at $1,000,000! The Nike brand model is an excellent example of how a logo can become synonymous with brand, so much so that the company needs to only put a giant illuminated logo sign on its exterior and everyone will know who they are and are attracted like moths to a flame. Apple

Getting fruity with the Apple brand, the iconic design, was the only concept ever presented to Steve Jobs by designer Rob Janoff in 1977 and the popularity of the brand 40 years later will tell you why. It is simple, it is memorable, it reinforces the name of the brand and it is everywhere! The logo has of course gone through many revisions since 1977, but its core (excuse the pun) appearance has remained the same. Virgin

Following the same mantra as Coca-Cola, Virgin’s instantly recognisable white on red, or red on white background is synonymous with class, drive and customer service. With more than 400 brands under the Virgin umbrella, each using the brand’s distinctive logo, there is no forgetting about it. With graphics on the 71 metre long jet airliners in their fleet, all over their trains, shops on the highstreets and every other industry under the sun, their distinctive brand has enabled the corporation to become as prolific as it has. Google

The Google logo is the perfect example of choosing your typeface carefully and they certainly have. Originally based on an old-style serif typeface, the current logo was launched on 1st September 2015 and was given a tailor-made typeface still based on the sans serif font providing it with a distinctive style. Additionally, sticking to the primary colours in a random pattern, but changing the ‘l’ to green was designed to reflect how the company is proud to break the rules of convention. Mercedes

An emblem that has come to represent quality and tradition is that of Mercedes-Benz’s three-pointed star. A logo that hasn’t changed hugely for almost a century, coining the three-pointed star in 1909. Encircled in 1916, it represents a certain commitment to tradition and an unnerving performance, style and excellent engineering. A simple, polished logo that looks perfect on the front of a vehicle or even on a keychain. Exuding style wherever it goes. Starbucks

Ever wandered past a Starbucks, looked in the window or seen the protruding external signage and thought to yourself, why is that woman holding two very large fish? Well, hold on to your hats… they aren’t fish, they are her tails! *GASP Yes, she is a twin-tailed mermaid/siren ready to lure coffee lovers to their cafes instead of sailors to the rocks. Circular in shape, making it easily distinguishable and featuring white and deep green colours, the logo exudes calm in its simple design and colour scheme. *** Basically, the key to a great brand proposition is an eye-catching logo that says all the right things about your company, then reinforcing that image by placing it EVERYWHERE! External, and internal signs, promotional materials, pavement furniture, vehicle graphics, online, web and print advertising, sponsorship and correspondence.

Effective Exhibition & Display solutions are a great way to spread the message about what your business does and who you are.

The Complete Guide to Illuminated Signs